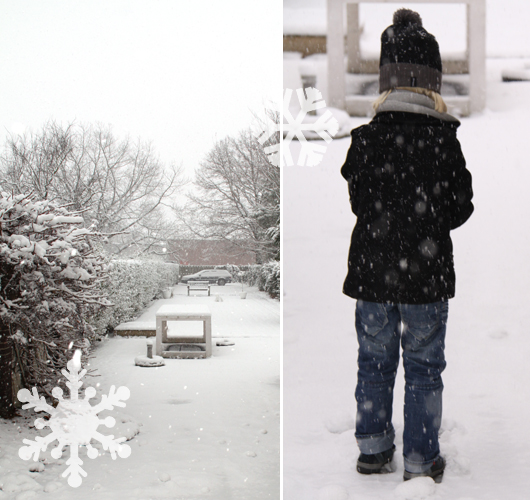 A week ago it was snowing here in The Netherlands and everything was covered in a magical layer of snow! It was wonderful! The kids made their first snowman with Rik and had a great time. After the snowman was finished Tein went to his first birthday party from a classmate. Because there was a lot of snow I did not dare to drive so I brought him with our cargo bike. It was fairylike! So silent and serene with everything covered in snow. The party was a great succes, when Tein came home he was all happy, excited and tired from all the playing and impressions. They played in the snow, ate (I quote) "really delicious" cake and they did some crafting. When Tein becomes 5 we will also throw him a party for a few school friends, I am looking forward to it already. Back to the snow: unfortunately it is gone now, but luckily we still have the photos! 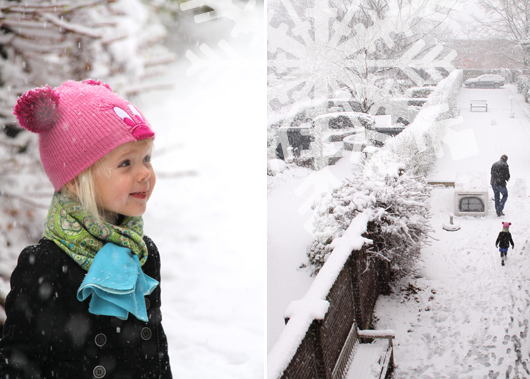 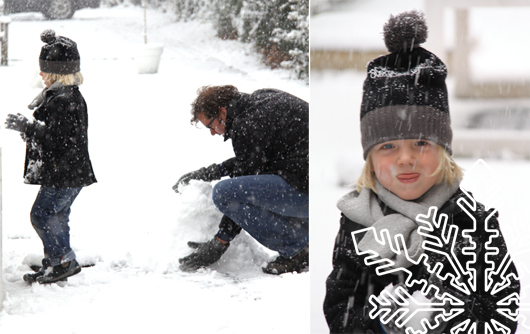 Haikje
I live in The Netherlands with Rik and our three kids. In 2004 I graduated from The Design Academy Eindhoven. Since I work as a freelance designer, stylist and editor. I have a great passion for design and I love to make things beautiful. I also have my own collection interior- and window stickers: www.haikje.nl. Please feel free to email me (design@haikje{dot}nl), I love to hear from you!